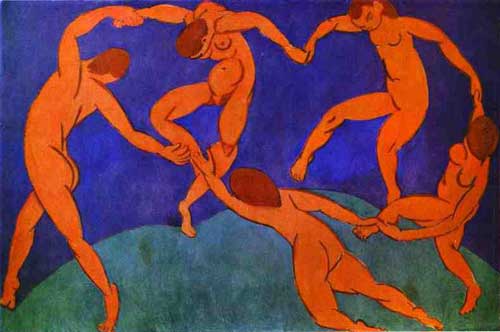 There are legends about these paintings, thousands of articles and hundreds of books have been written. Some of them survived tragic events or attempts at annihilation. Many of them were bought personally by the emperors, survived the revolution or moved permanently from Moscow. Today we’ll tell you about works near which you should linger at least once in a lifetime. And they are all in St. Petersburg!

An early painting by Leonardo da Vinci, supposedly left unfinished. The painting, whose traces were lost until the 19th century, got its nickname according to the last owners – the Russian Benois dynasty. In 1912 Benoit decided to sell the “Madonna with a Flower” and for this purpose brought her to Europe for an examination.
But the public wanted the picture to remain in Russia, and therefore the Benoit family give up the “Madonna” for 150 thousand rubles to the Hermitage. The amount was paid in piece by piece, and the last payments were made after the October Revolution. Now it is presented in Hall No. 214 of the Greater (Old) Hermitage.

A painting from the collection of the State Hermitage, traditionally attributed to the Italian artist Leonardo da Vinci. The name of the painting comes from the Milan family Litta, in the collection of which it was located most of the XIX century. Opinions of art historians regarding the authorship of the picture differ. Some of them believe that the painting belongs to the brush of a student of Leonardo – Giovanni Boltraffio or Marco d’Ojojo. However, the Hermitage insists on the authorship of Leonardo da Vinci.

The story is based on the ancient Greek myth of Zeus, who came to the beautiful Danae in the form of golden rain. The painting was bought by Catherine II in 1772 for the Hermitage. On June 15 in 1985  one of the Hermitage’s excursionists poured acid directly into the center of the paint. The attacker also took out a knife and cut the painting twice. The painting was completely restored only after 12 years. You can see it in Hall No. 254 of the New Hermitage.

Rembrandt Harmenszoon van Rijn. The Return of the Prodigal Son

“The Return of the Prodigal Son” is one of Rembrandt’s most famous works, on which the master worked for more than a dozen years. The circumstances of writing the canvas are mysterious. It is believed that it was written in the last years of the artist’s life. Changes and corrections to the original design of the picture, visible on the x-ray, indicate the authenticity of the canvas.

According to legend, it was this picture that the dying Titian held in his hands. After his death, which followed in 1576, the painting was inherited by his son Pomponio Vecellio, who in 1581 sold it along with the house and other paintings. In 1850, the painting was acquired by Nicholas I for the museum collection of the Hermitage, it can be seen in the hall number 221 of the Big (Old) Hermitage.

Caravaggio. Young man with a lute

One of Caravaggio’s early paintings, for which his favorite, Mario Minniti, posed. The painting exists in three versions, now stored in the Hermitage, the Metropolitan Museum of Art and the English Badminton House estate. Of these, until recently, authorship of only the Hermitage canvas was generally recognized; Now the first author’s version of the plot is considered a canvas in New York. English canvas – a copy from the Hermitage.

The 1910 painting by the French artist Henri Matisse exists in two versions: the first is in the Museum of Modern Art in New York, the second and most famous is in the Hermitage in St. Petersburg. Moscow collector Sergei Schukin, visiting the artist’s Paris workshop in 1906, ordered from him three decorative panels for the main staircase in his mansion. After the revolution, Shchukin’s collection was nationalized, and “Dance”, when dividing his collection, among other impressionists came to St. Petersburg. “Dance” and “Music” are stored in Hall 440 of the General Staff Building.

The epic canvas from the collection of the Russian Museum “The Last Day of Pompei” (Mikhailovsky Palace, Hall No. 14) tells about the eruption of Mount Vesuvius, which destroyed the whole city in 79. The multi-figure composition impresses with its mastery of details, dynamics and incredible emotionality. By the way, you can also find Bryullov in the picture: the artist depicted himself in the lower left corner.

Ilya Repin. Cossacks write a letter to the Turkish Sultan

As the story goes, in 1675 the Turkish sultan sent a letter to the Cossacks suggesting that he should be subordinate to him. They did not drag out the answer and sent Mehmed IV an answer full of ridicule and bullying. The moment of composing the message and captured in the picture of Ilya Repin.  The canvas can be seen in the hall number 34 of the Mikhailovsky Palace.

Another pride of the Russian Museum is the work of Ilya Repin “Barge Haulers on the Volga”. According to many experts, the painter sought not only to talk about burlachestvo, but to touch on the theme of strength and humility of the simple Russian people. In The Writer’s Diary, Fyodor Dostoyevsky called Repin’s work “a true triumph of truth in art.” The picture is shown in the hall number 33 of the Mikhailovsky Palace.

Victor Vasnetsov. The Knight at the Crossroads

“The Knight at the Crossroads” is one of Viktor Vasnetsov’s iconic paintings on a fabulously epic theme. The creation of the author’s canvas was inspired by the epic Ilya of Murom and robbers. The inscription on the stone corresponds to the famous folklore warning. An interesting fact: the image of the hero is reproduced on the gravestone of the artist. The painting shown in the Mikhailovsky Palace in room 38.

“The Knight at the Crossroads” is one of Viktor Vasnetsov’s iconic paintings on a fabulously epic theme. The creation of the author’s canvas was inspired by the epic “Ilya of Muromets and robbers.” The inscription on the stone corresponds to the famous folklore warning. An interesting fact: the image of the hero is reproduced on the gravestone of the artist. The painting hangs in the Mikhailovsky Palace in room 38.

Ida Rubinstein inspired more than one famous artist. Among the authors who wrote the grace of a dancer and actress was Valentin Serov. The heroine of the picture is presented naked, without any idealization of appearance. On the contrary, the author intentionally emphasized the sharp plasticity of Rubinstein’s body. The portrait can be seen in room 69 of the Benoit building.

“Italian noon” is one of those works by which Karl Bryullov introduced realism into the academic system. In a simple everyday story, the artist saw a special beauty and attractiveness, which was not appreciated by all his contemporaries. The picture filled with light is presented in the hall No. 14 of the Mikhailovsky Palace.

Created in 1918, “The Merchant’s Cup of Tea” is a hymn to a bygone era with its lush white-skinned beauties, rich meals, polished samovars, sugar watermelons and the incredible calm that the azure evenings were saturated with. Pre-revolutionary tea drinking takes place in the Benois Wing in Hall 71.

This website uses cookies to improve your experience while you navigate through the website. Out of these, the cookies that are categorized as necessary are stored on your browser as they are essential for the working of basic functionalities of the website. We also use third-party cookies that help us analyze and understand how you use this website. These cookies will be stored in your browser only with your consent. You also have the option to opt-out of these cookies. But opting out of some of these cookies may affect your browsing experience.
Necessary Always Enabled

Any cookies that may not be particularly necessary for the website to function and is used specifically to collect user personal data via analytics, ads, other embedded contents are termed as non-necessary cookies. It is mandatory to procure user consent prior to running these cookies on your website.